NeoVM is a lightweight virtual machine for executing NEO smart contracts. As the core component of NEO, NeoVM has Turing completeness and high consistency, which can implement arbitrary execution logic and ensure consistent execution results of any node in distributed network, providing strong support for decentralized applications.

With the help of NeoCompiler, source code written in Java, C# or other high-level languages can be compiled into a unified NeoVM instruction set, thus achieving cross-platform. Also, it lowers the development threshold for enabling smart contract developers to participate in the application development in Neo ecosystem without learning a new development language.

In addition, NeoVM is highly decoupled from the upper-level code and customizable by using techniques such as interop services. NeoVM can be used by simply creating an instance, incredibly easy to use, and can be applied to various blockchain and non-blockchain scenarios.

The NeoVM architecture is mainly composed of the execution engine, stack, and interoperation service layer. 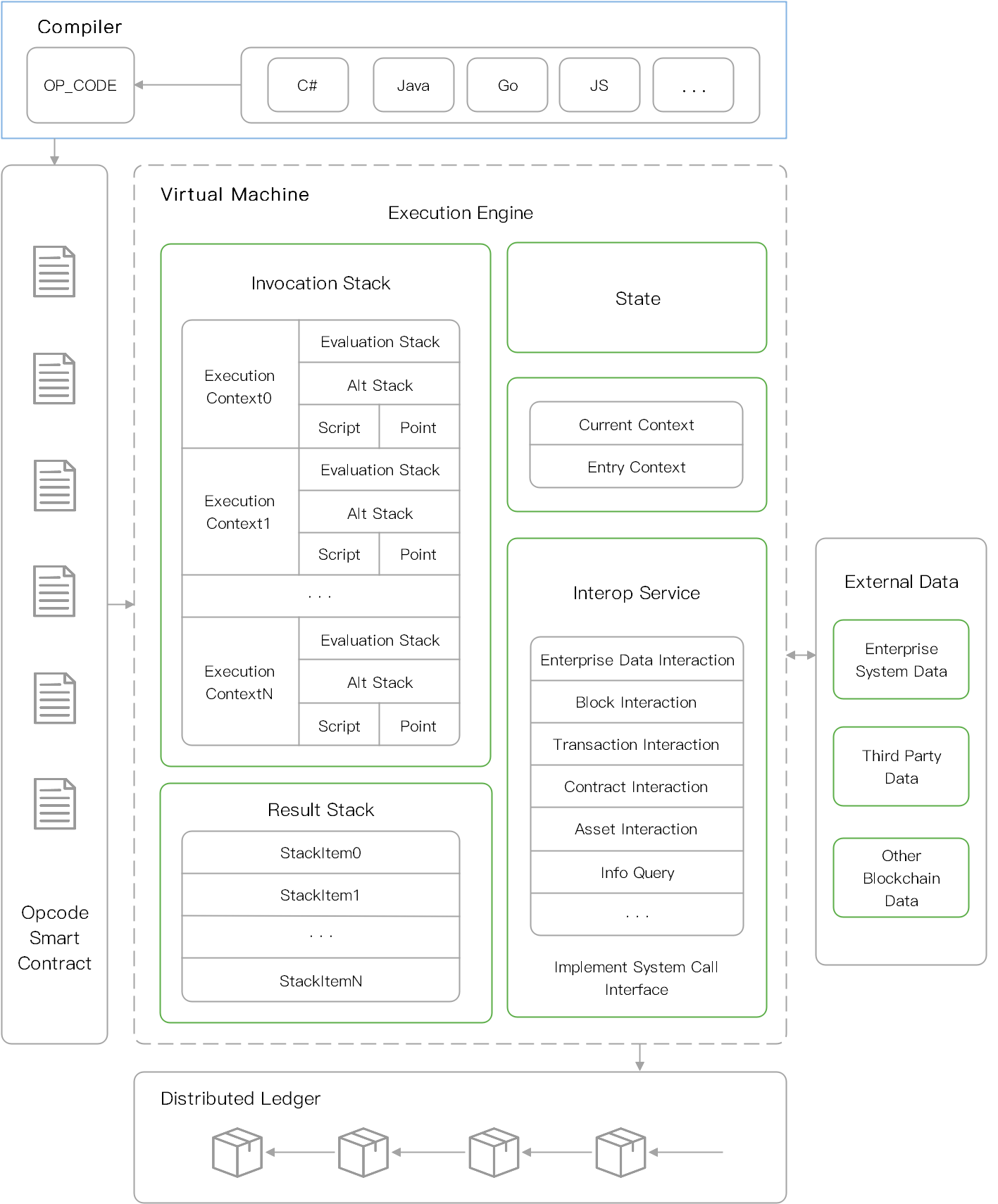 Each Neo smart contract can choose whether to enable a private storage area, which stores data in key-value format. With the help of interoperation service layer, NeoVM can dynamically modify the corresponding data in storage area when executing the smart contract.

In addition, the interoperation service layer also supports custom extensions and modifications to meet the customization needs of developers.

A complete execution process is as follows: